Not long ago I had the great pleasure of listening to some super cool speakers at the Hay House Writers Workshop.  Of the many, Nick Ortner, Tapping Guru and author of several books about EFT including The Tapping Solution, struck a great balance between funny and profound. He had several gems, some real words of advice that really stuck with me.  Of these take-aways, here were a few of my most impactful faves:

“Big” success comes when you have the self-value and clarity to create it.
It doesn’t happen any earlier because you simply weren’t ready yet.
You are becoming… and the timing is precisely perfect.”

By the way, the answer to #3 is yes and no.  Yes, you have to devote a lot of time and effort to your mission, but you can do this  at your own pace. You don’t have to work non-stop on your craft, but know that the success may come slower and that’s okay.  Also, aiming for big success in your field doesn’t feel like drudgery if it’s a passion.  Sure the work can be hard, very hard sometimes, but you love it anyway.  Successful people have an urge they can’t ignore, a burning desire that pushes them from behind to reach goals one small step at a time.

Here’s  the motto I use to keep me going even when  I am frustrated with any part of my own process: your mission has to be bigger than your ego.  It’s the bare-boned truth and get’s me out of my own way. I have a feeling Nick Ortner believes in something like this too…

Beth Miller is the creator of Modern Intuitive Therapy, combing the very best of psychotherapy, life coaching, energy healing, science, and spirituality.  She has a private practice in Sayville, New York and works worldwide with clients.  Beth hosts Positive Energy weekly groups and a Sunday Morning Enlightenment series.  Her youtube channel and blog are meant to teach and serve, sharing the best tools and skills to trust your soul, master your energy, and live your highest life. Beth’s The Soul Cure For Anxiety Online Therapy Course is a multi-media, 11-week alternative to attending therapy that teaches how to be calm, cool, and connected- no matter what is happening in life.  For FREE guided meditations join her at www.bethmillermeditations.com. Join the fun at www.facebook.com/supertherapywithbethmiller !

DON’T SETTLE WHEN IT COMES TO YOUR SELF-GROWTH 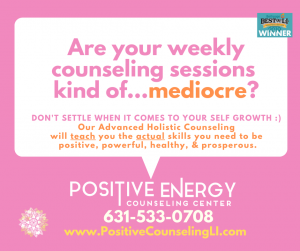 CHECK OUT OUR GALLERY 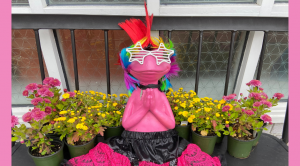